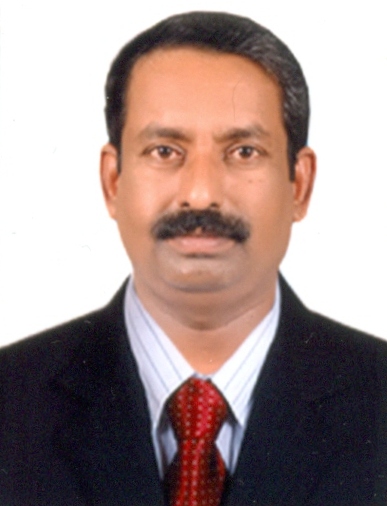 Dr. M. Palaniswamy, Registrar, Karpagam Academy of Higher Education is a learned personality, revered for his nature of simplicity and for his academic accomplishments. He obtained his Doctorate in Biotechnology from Bharathiar University, Coimbatore in 1998. He began his career as a Lecturer and Head at RVS College of Arts and Science in the Department of Microbiology in 1998. Then he worked at Karpagam Arts and Science College, Coimbatore  from 2002 as Senior Lecturer and Head in the Department of Microbiology. From there he availed leave to serve in as Associate Professor and Head in the Department of Biology, Eritrea Institute of Technology for a period of a year.

He has 20 years of Teaching experience and 25 years of Research experience in the domain of Biotechnology. His credentials include publication of 141 research papers in reputed journals.  To his credit, he has filed seven patents so far. He undertook and completed five major research projects funded by UGC, DST, DBT and SERB. Presently, he is guiding 4 scholars and has successfully guided 15 scholars towards their Ph.D.

His name is incorporated in the Marques Who’s Who in Biotechnology. He is a Fellow of Applied Biotechnology, India. His research interests are microbial enzyme technology, food biotechnology and health care science to name a few. He has visited many countries including Singapore, Thailand, Eritrea, Malaysia and Qatar for various academic purposes.  He currently holds the position of Registrar at Karpagam Academy of Higher Education, Coimbatore.