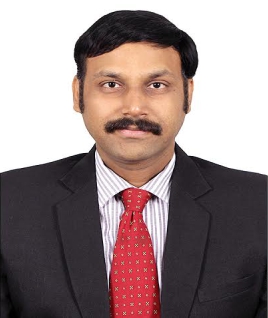 Dr. G. K. D. Prasanna Venkatesan is the Dean, Faculty of Engineering, Karpagam Academy of Higher Education. He obtained his Ph.D in Information and Communication from Anna University, Chennai in 2009. After the completion of Ph.D. degree he worked as a specialist F-Grade, Tata-Elxsi, in Design and Development division, Tata Elxsi, Bangalore. Then he moved to Academics and served as Vice-Principal in PGPCET, Anna University College of Engineering, Namakkal, till 2014. In Quest of research, he had taken up the position of Dean (R&D), in SNS College of Engineering, till 2018, before joining Karpagam Academy of Higher Education.

He has organized many international conferences and workshops in the area of communication technology. He received best project award from National Instruments NI-YANTRA contest for building Autonomous Robot. He served as a session chairperson for IEEE “Machine Learning” conference held at Singapore. He has expertise in physical layer design of beyond 4G Technologies. He served as consultant for four-semi Technology, Bangalore. He produced 10 doctorates under his supervision.

He has visited several foreign countries like Singapore, Malaysia, Indonesia, United States of America, and Japan for research, consultancy and conferences. He published more than 120 research Journals and filed six patents. He has completed four major projects under AICTE-(MODROB, RPS) EDI. He had worked as Institutional Level Coordinator for various high level committees. He is actively involved in NAAC, NBA Accreditation process. He received best Editorial Award for outstanding contributions from ICTACT. He has delivered several invited talks in many reputed institution which include the Southern Methodologist University, USA and the Kyushu Institute of Technology, Japan.