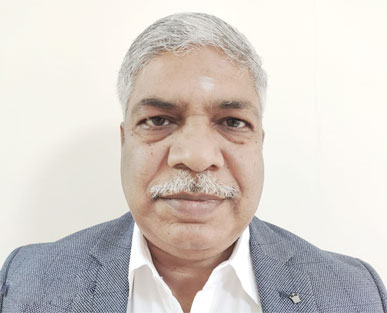 Dr. S.Ravi, Registrar, Karpagam Academy of Higher Education is a learned personality, revered for his nature of simplicity and for his academic accomplishments. He obtained his Doctorate in Chemistry from Bharathiar University, Coimbatore in 1992. He began his career as an Assistant Manager, Research & Development, M/s Hindustan Photo Films manufacturing Company Limited, Udhagamandalam, The Nilgiris and in the subsequent years he worked in different capacities as Deputy Manager and Manager R & D. He worked in the industry for nearly 15 years up to 2007. Then he worked as a Senior Scientist, Phytochemistry division, Centre for Medicinal Plant Research, Arya Vaidya Sala, Kottakkal, Kerala for one year during 2007-2008. He joined Karpagam Academy of Higher Education as a Professor & Head, Department of Chemistry. His tenure as the Head of the Department of Chemistry lasted till the year 2020 and from the end of the year he served as Director, Internal Quality Assurance Cell (IQAC). During this period, he also worked as Director Research (I/c) from the year 2008 to 2015. He served as Director, IQAC from October 2020 to December 2022.

He has 15 years of teaching experience, 15 years of Industrial experience and 30 years of Research experience in the domain of Chemistry. His credentials include publication of 107 research papers in reputed journals. To his credit, he was also granted with 3 patents and filed two more patents. He undertook and completed one major research projects funded by SERB. He has successfully guided 17 scholars towards their Ph.D. His research interests are in Synthetic Organic Chemistry, Electrochemistry and Phytochemistry. He currently holds the position of Registrar at Karpagam Academy of Higher Education, Coimbatore.